I haven’t spent much time in the Tetons so far this winter, so yesterday I ventured over the pass from Idaho to explore the park in its frigid, winter glory. While skies were mostly clear on the western side of the mountains, a thick inversion was apparent from the top of Teton Pass. Temperatures dropped steadily as the fog thickened descending the mountains into Jackson Hole. I wondered if the peaks would be visible at all from the valley, and initially they were not.

On the drive north from Jackson, I stopped along the Gros Ventre River for a quick shot of the river flowing through the snow and dense fog. It was a truly peaceful, quiet scene. 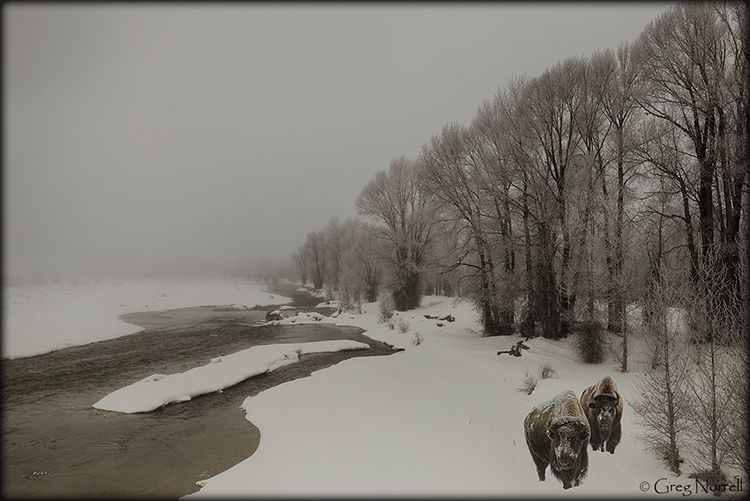 When I arrived at Oxbow Bend the mountains were completely obscured by fog. I spent some time getting shots of frozen trees, and chatting with the only other person there. Eventually someone stopped and mentioned foxes have been around Colter Bay, so I ventured up there to look around, to no avail.  As I returned south, the fog was beginning to dissipate and Mt Moran was now visible at Oxbow. 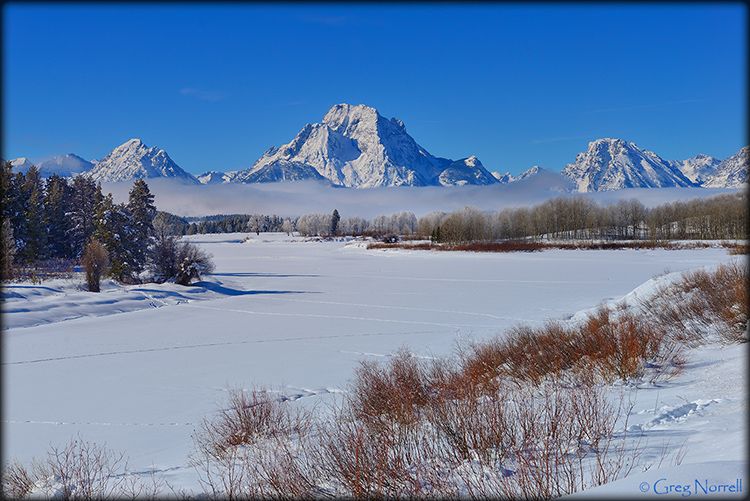 As I drove further south, the Cathedral Group was clear. emerging from the snowy valley trees, producing a great view. 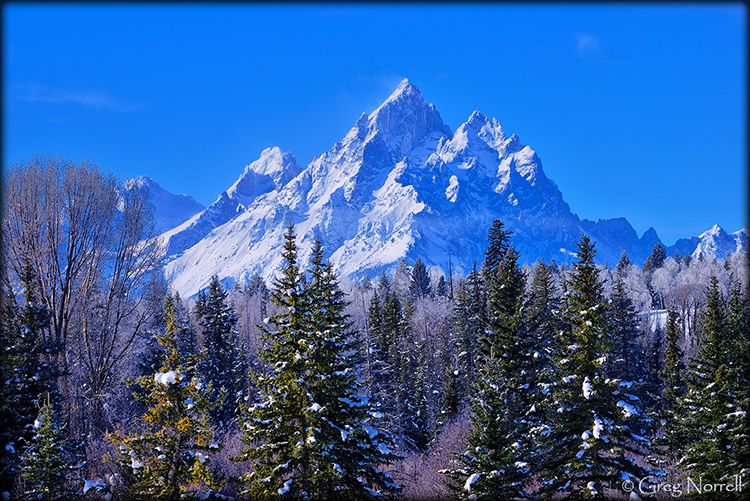 After lunch in Jackson, I went home along the Snake River, hoping to spot mountain goats in the canyon near Alpine, also to no avail. So wildlife viewing was limited to some bison, but watching the fog burn off to reveal the dramatic peaks made the excursion definitely worthwhile.